Library lessons were very different this year as timetabled classes were given research tasks based on the last 25 years. Working in teams, pupils were given an image of a book and firstly had to research when this was first published. This was then further followed by attempts to ‘read my mind’ and research books, TV, films and national news from that year which was a match to Miss Elliott. All students thoroughly enjoyed the research task and were rewarded with treats, stationery and extra World Book Day tokens for their matches!

After college, the library was full of students who joined in with the 25th anniversary celebrations with a special cake, snacks and drinks and a hunt for hidden extra World Book Day tokens in the library. Pupils excitedly collected these and have been redeeming their tokens for free books in participating local book stores. All students at Etone College also received a token to exchange for a free book.

The challenge in the library involved props which had a connection to book characters and with the help of a written clue attached, students had 25 props to guess. Students worked together in teams, determined to answer at least twenty to ensure they won a prize for their efforts. Eighteen students won stationery sets, mini board games, sweets, chocolate, rubix cubes and various books. 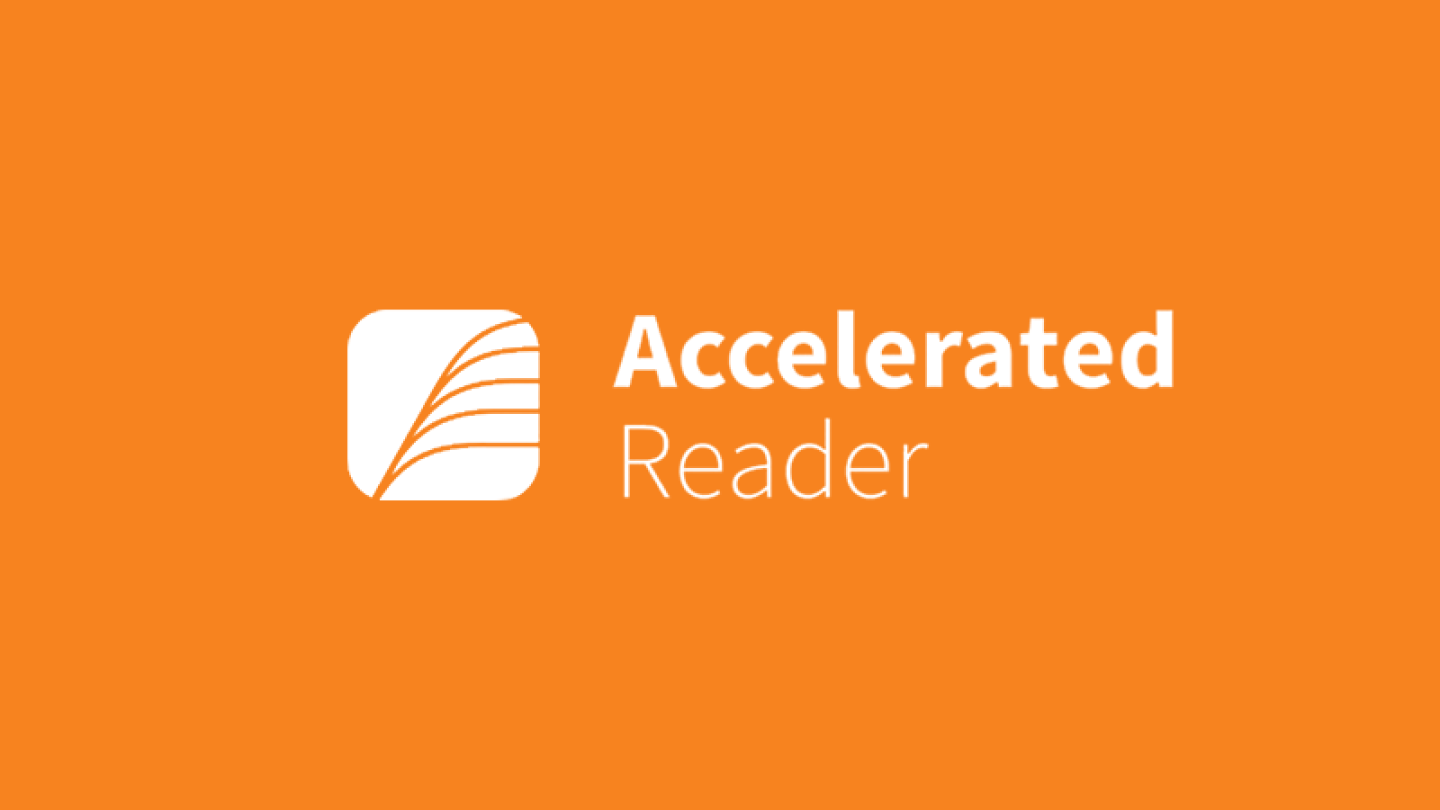 Students in years 7 and 8 have been busy playing BookBuzz Bingo with their free books received last term. Six books read and quizzed successfully earns a large bar of chocolate and nine books is rewarded with a bigger prize. So far, Olaf 7D1 and Faith 7G2 have won chocolate and Vinish in 8C1 has earned a larger prize. Lots of students are working their way through the many Bookbuzz titles from the last five years in order to earn rewards and earning lots of additional house points along the way!

Each student has an annual individual points target in their Accelerated Reader lessons and earn points through successfully quizzing on the books. All target students receive certification and a name in the Summer prize draw for vouchers. Those who reach multiple targets, are further rewarded with multiple names in the draw. Our Target students so far are:

Students who become word Millionaire readers in our Accelerated Reader library lessons, are rewarded with a special certificate and also a free book from the Scholastic book fair this month. Well deserving students who will take a free book very soon are Olaf 7D2, Zayd 7D1, Raeesa 8P1, Vinish 8C1 and Rebeca 8G1. Lemar in 7D2 is a double millionaire and will be rewarded with two free books for all of his hard work. Well done to all of you! 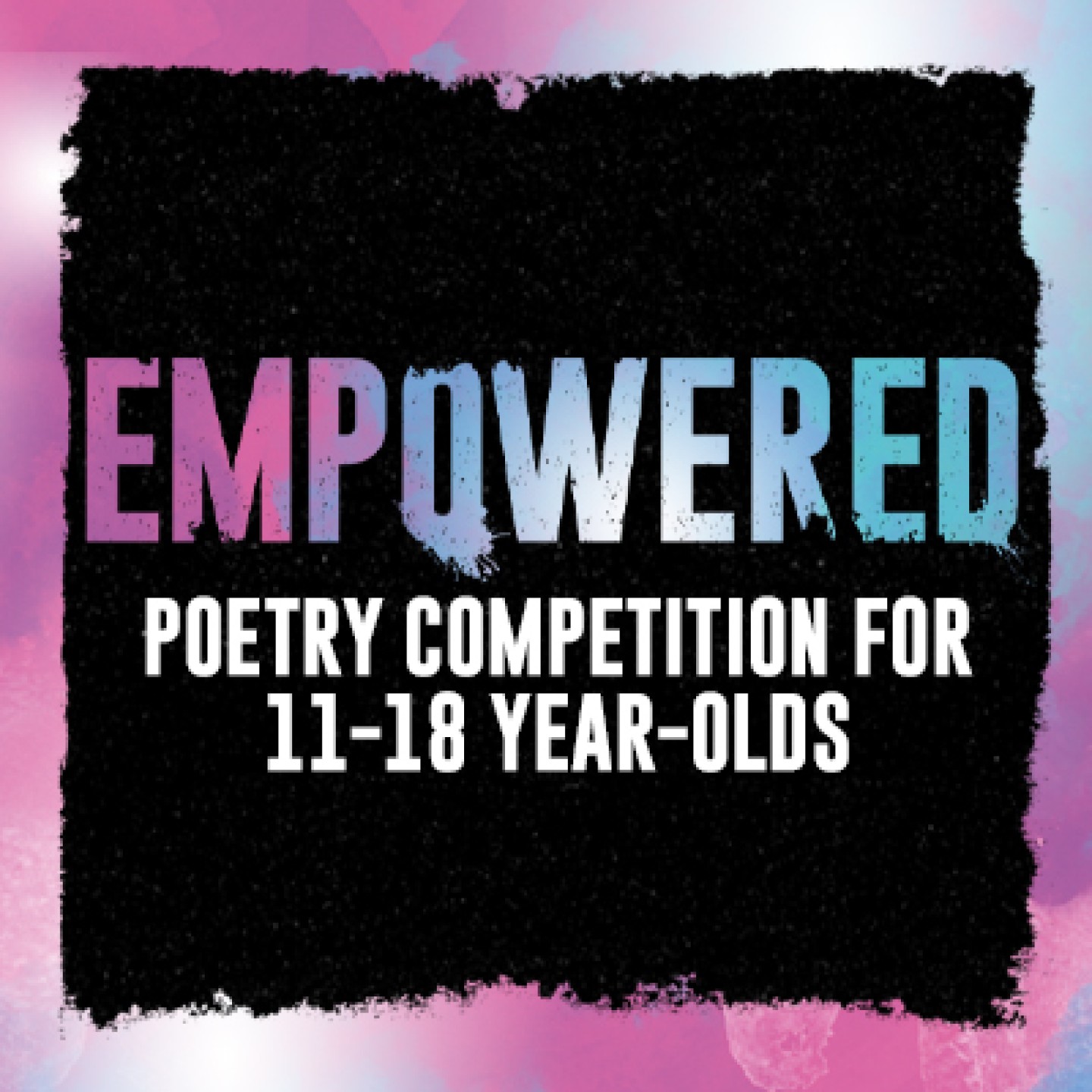 There are many incredible prizes to be won, including winning The Young Writers’ Award of Excellence, a £100 National Book Token for the class and getting your poem published in a poetry anthology. To enter the competition, students must collect an entry form from their English teacher and return the completed poem by the deadline set. We are looking forward to reading your empowering poems! 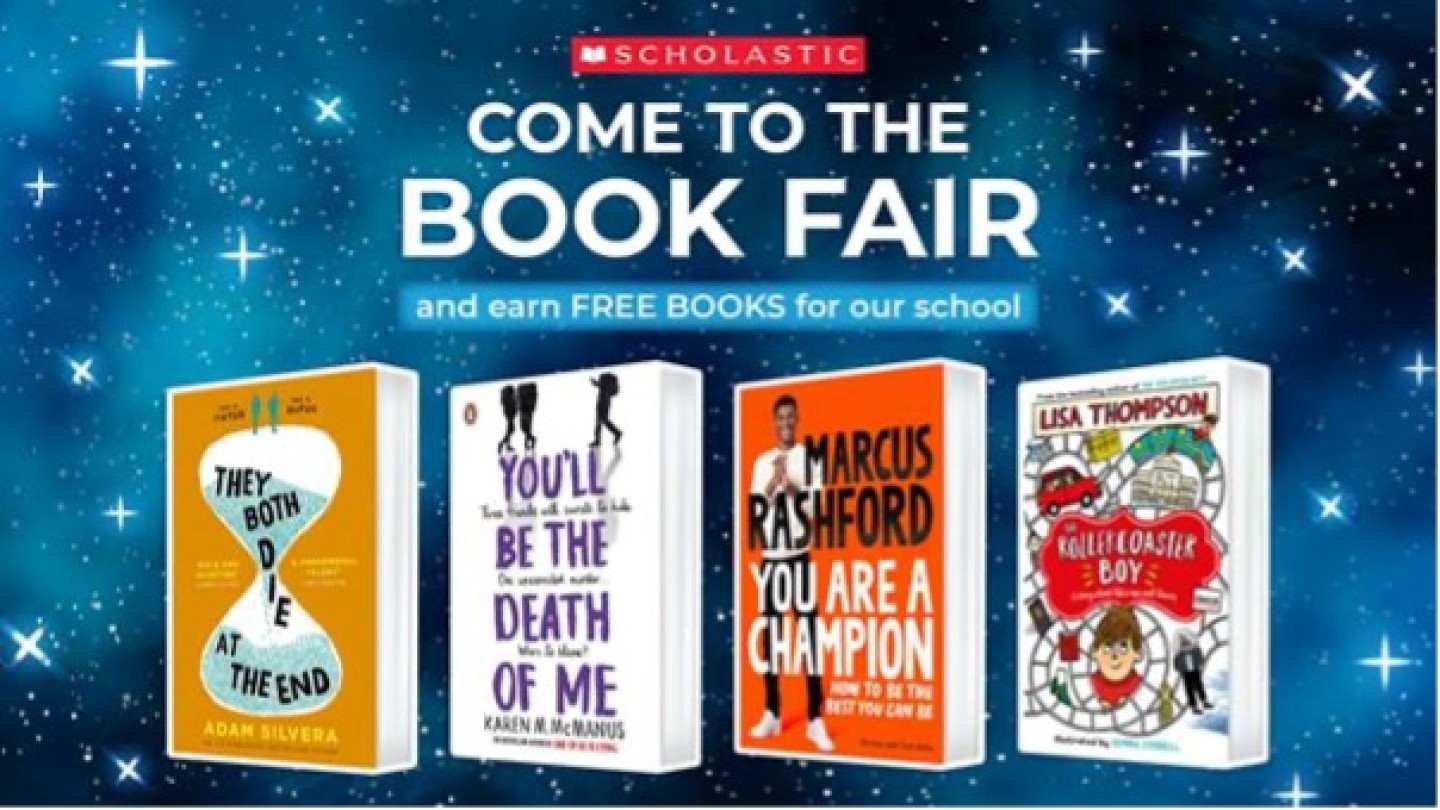 The hugely successful Scholastic book fair is due to return to Etone between Wednesday March 16th and Thursday March 24th.

Pupils will all be given an opportunity to browse and buy.  There are over 200 titles for you and your child to choose from, and with prices starting from only £2.99, there’s sure to be a book for everyone.

This year the Book Fair will be a ‘Cashless’ Event.

If you’d like to browse beforehand, take a look at the catalogue (link below) in order to view the latest offers.  If you see something you’d like to purchase, either buy a voucher to present at the book fair or complete your order online so Mrs Elliott can distribute the book directly to you. https://bookfairs.scholastic.co.uk/bookcases

Gift Vouchers available at www.bookfairs.scholastic.co.uk/parents . Pre-paid gift vouchers are available in £5, £10, £15, £20 and £25. Once a purchase has been made, you will receive the voucher in an email which can be printed and given to your child to present at the book fair.

They’re a great way to ensure your child doesn’t miss out.

Payments can also be made online. Please search for Etone College or use our postcode of CV11 6AA. Please provide the details of your child’s name and form when making payments. https://bookfairs.scholastic.co.uk/pay

As thanks for running the book fair, Scholastic give free books to our school library which ensure that our pupils have access to the most up to date and popular reads. 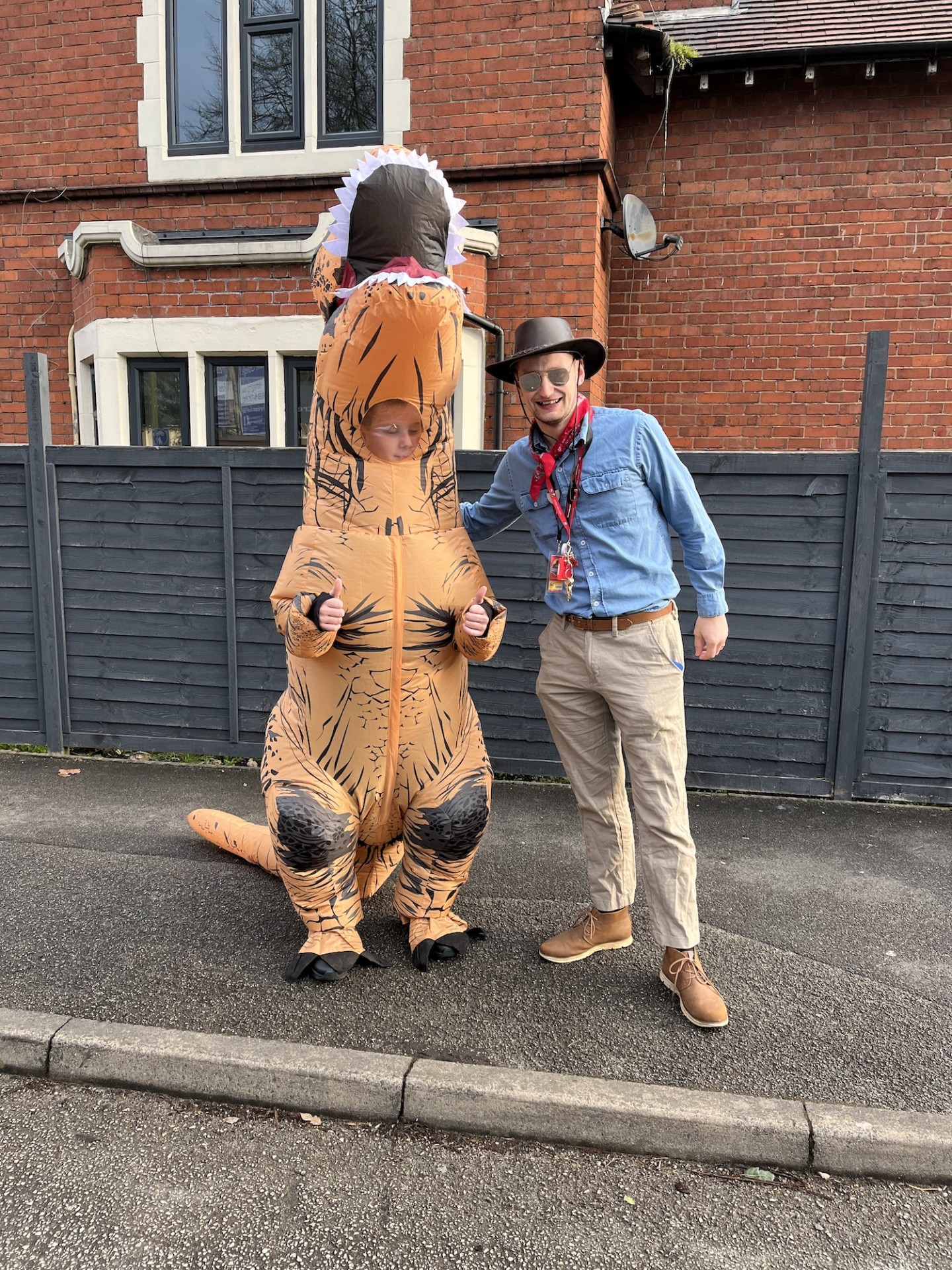 Thursday 3rd March marked the 25th Anniversary of World Book Day. Held annually the day is celebrated globally as an opportunity to promote reading to the next generation and establish of love of literature which will follow children throughout their lives.

At Etone we were overjoyed to be able to recognise the day in all of it’s glory with activities which allowed pupils to further explore the world of books and delve deep into the art of reading.

As the day began we welcomed pupils in for a non-uniform dress up day. Pupils and staff were challenged to dress us as their literature favourites, whether they were old classics or new wonders it was fantastic to see the level of effort our pupils put in with Harry Potter, the BFG and even a real live dinosaur to share in the fun!

Aligning with our value of caring pupils were also given the opportunity to donate £1 if they were not in costume to wear non-uniform. Together we raised an amazing £754.16 which will be split equally into £188.54 between our four House charities: Centaurs – George Elliot Diabetes Support Group, Dragons – Guy’s Gift, Griffins – Doorway and Phoenix’s – Mary Ann Evans Hospice. All four local worthy causes who will greatly benefit from the kindness our staff and pupils have shown.

In addition to the dressing up pupils have been taking part over the previous half term in our Readathon competition. As a form group pupil are well on their way to working up their totals and are raising funds for the Readathon charity.

Our pupils in KS3 were also excited to take part in the Big Book Quiz where groups from all houses battled it our to be the champions of the school. Although there was tough competition Centaur were able to read between the lines and pull a win out of the bag. Well done to them!

Finally our pupils have been working hard all week solving the mysteries of “Whose bookshelf is it?” With some of our staff members kindly sharing their book shelves and getting involved in the festivities. A big congratulations to 8C1 for winning the quiz.

Overall, we had a fantastic day and we can’t wait for next year. Look out for more updates on the Readathon and don’t forget to follow us on Twitter. 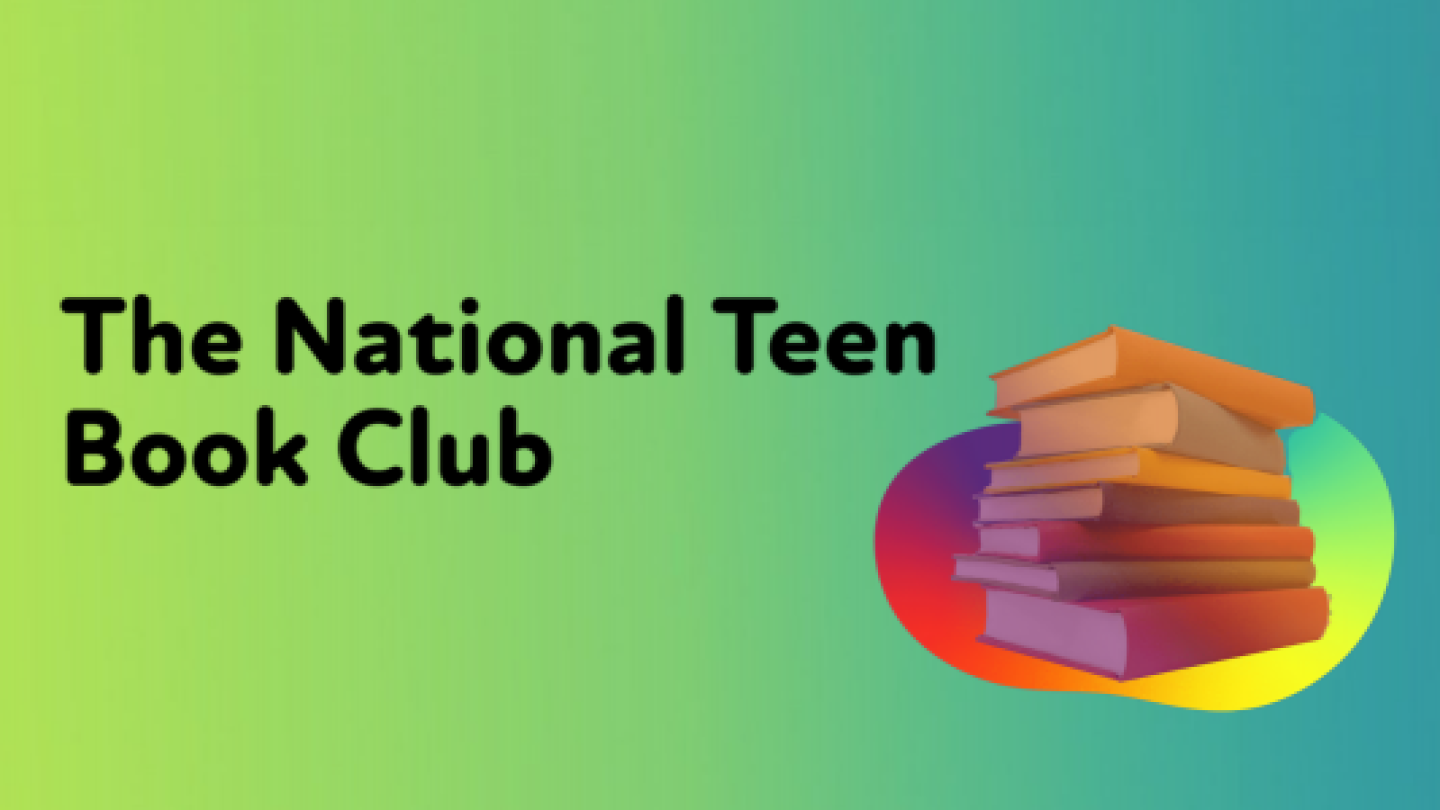 In addition to this, we hear from leading authors and creative professionals weekly through live online videos. This allows pupils to explore their own ideas and begin to think and write creatively.

The aim of the book club is to make reading and discussing a book more accessible and enjoyable for young people. 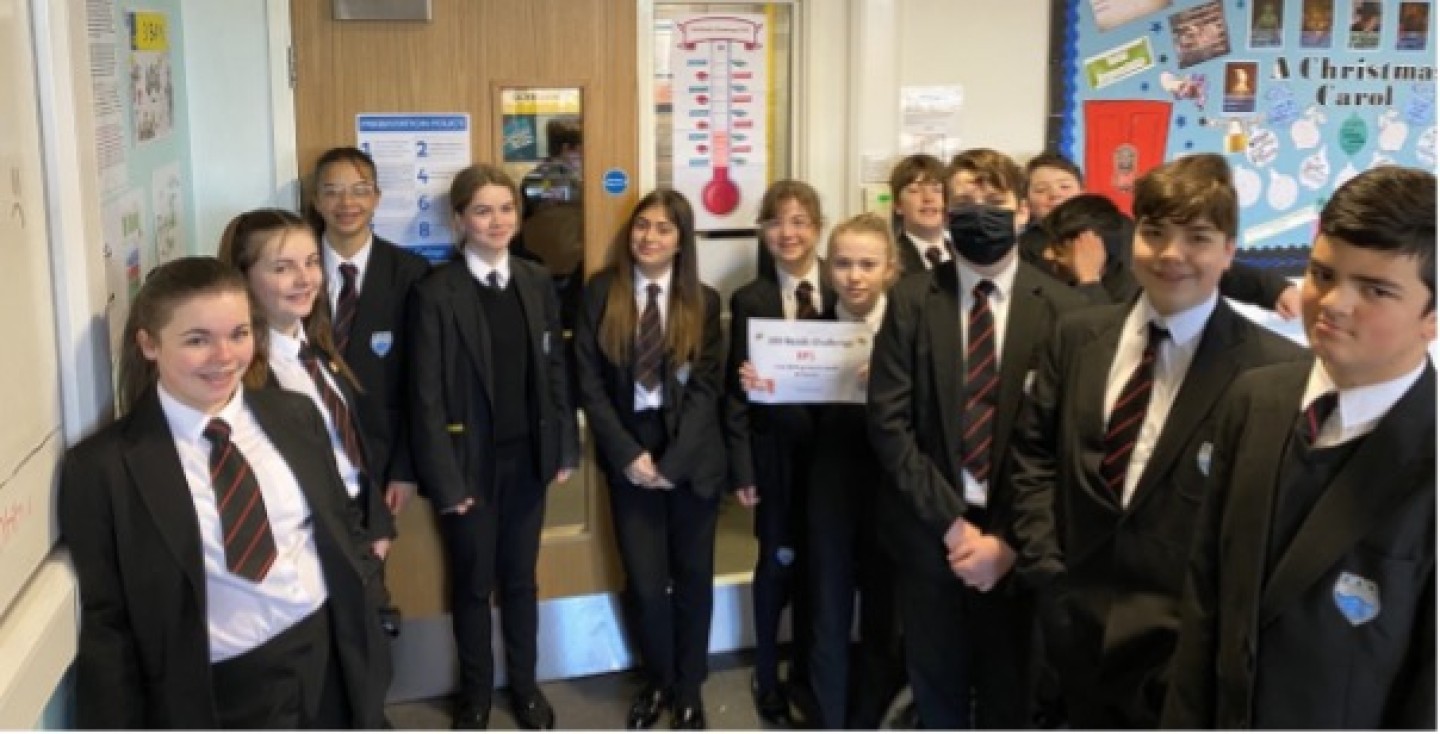 Huge Congratulations to 8P1 – the first form to reach 30 reads.

They all received 5 housepoints for our employability skill of ‘Teamwork’ as well as an iced doughnut!

8P1 and 7P2 tied in the race to be first to 50 reads.  All pupils have been rewarded with 5 housepoints for our employability skill of ‘Teamwork’ as well as a free break time snack! 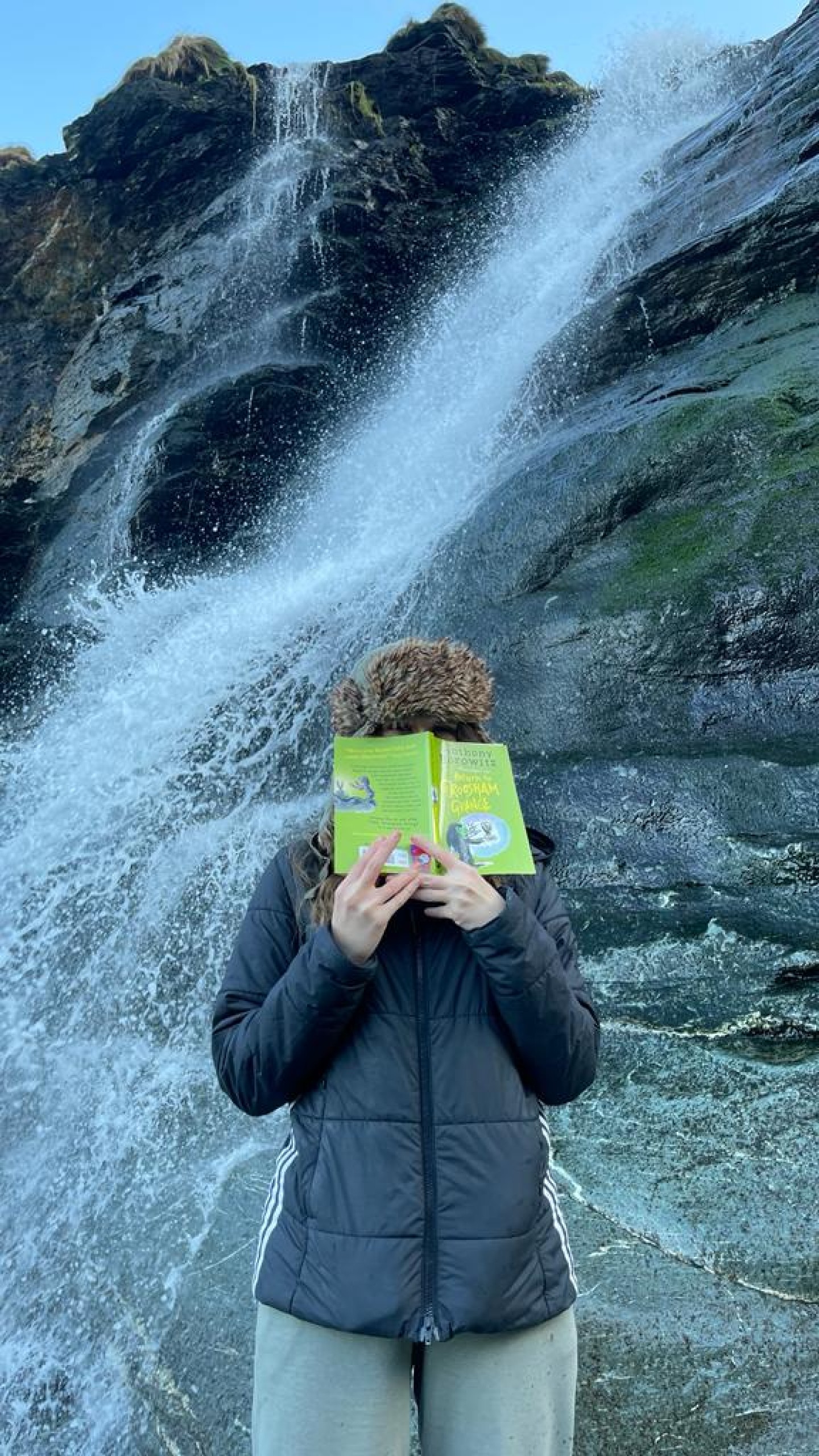 Congratulations to the following pupils who all received a £25 voucher for their Christmas reading.  Well done!

Today is #ThankATeacherDay.
On behalf of everyone at Matrix Academy Trust, we would like to say #thankyou to all of our teachers, schools and support staff!🧑‍🏫 We appreciate all of the exceptional work you continue to deliver🎉👏
#TeacherApreciation #ThankfulThursday

Today is #ThankATeacherDay
We would like to take this opportunity to say #thankyou to all our outstanding staff, your work is invaluable👏
Be sure to say a special thank you to your teachers today😁
https://bit.ly/3wBGe4p
#TeacherAppreciation #ThankfulThursday

We use cookies on our website to give you the most relevant experience by remembering your preferences and repeat visits. By clicking “Accept”, you consent to the use of ALL the cookies.
Cookie settingsACCEPT
Manage consent

This website uses cookies to improve your experience while you navigate through the website. Out of these, the cookies that are categorized as necessary are stored on your browser as they are essential for the working of basic functionalities of the website. We also use third-party cookies that help us analyze and understand how you use this website. These cookies will be stored in your browser only with your consent. You also have the option to opt-out of these cookies. But opting out of some of these cookies may affect your browsing experience.
Necessary Always Enabled
Necessary cookies are absolutely essential for the website to function properly. These cookies ensure basic functionalities and security features of the website, anonymously.
Functional
Functional cookies help to perform certain functionalities like sharing the content of the website on social media platforms, collect feedbacks, and other third-party features.
Performance
Performance cookies are used to understand and analyze the key performance indexes of the website which helps in delivering a better user experience for the visitors.
Analytics
Analytical cookies are used to understand how visitors interact with the website. These cookies help provide information on metrics the number of visitors, bounce rate, traffic source, etc.
Advertisement
Advertisement cookies are used to provide visitors with relevant ads and marketing campaigns. These cookies track visitors across websites and collect information to provide customized ads.
Others
Other uncategorized cookies are those that are being analyzed and have not been classified into a category as yet.
SAVE & ACCEPT